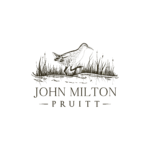 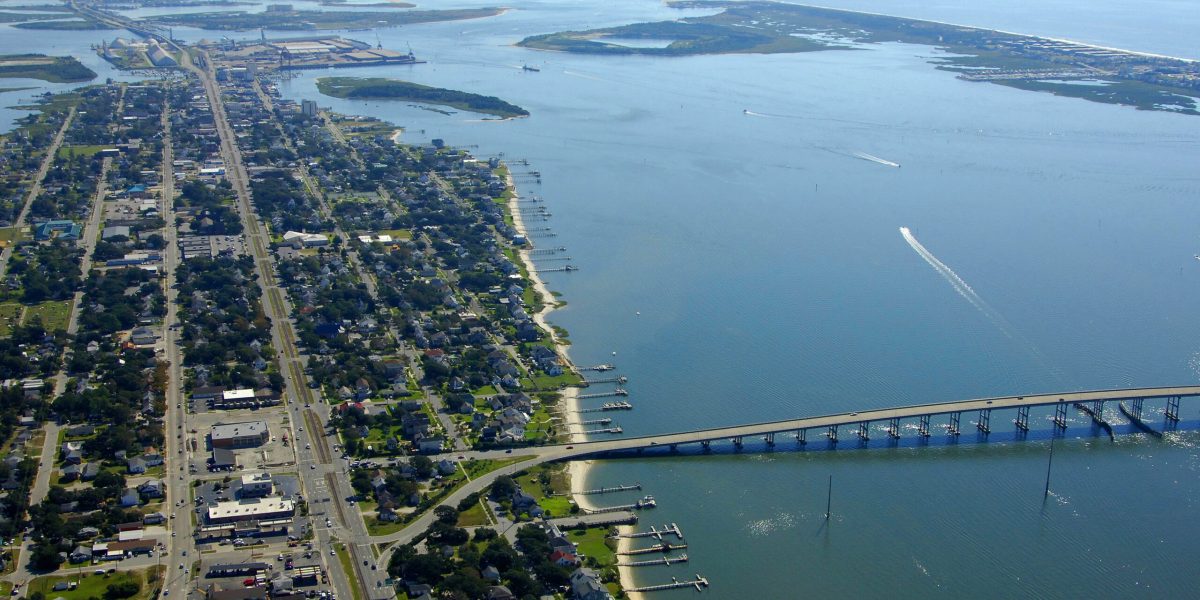 Coming out of Morehead City, Highway 70 works mostly north to negotiate the narrowing high ground. Over Salters Creek Bridge and just past Wildlife Ramp Road, NC 12 picks up for the last half-hour or so of the trip. Atlantic and Sea Level are among the unbothered spits to the east, hanging on the edge of Carteret County.

Highway 12 continues as Cedar Island Road, crossing the western finger of Thorofare Bay and through the loblolly hammocks and needle rush meadows that hold fast the exposed peninsula.

Workboats with crab pots stacked on the bow, neatly tiled rows of tomato gardens, one-room churches with fresh coats of bright white—these are among the familiar sights on the final leg of my trip. Around the last bend, I’m just in time to hear the last blast from the 300-ton Cedar Island Ferry. Departure is imminent. At precisely 4:30 she’ll push off, carrying as many as fifty vehicles from a third as many states. I’m number fifty, having been willfully detained by a crab cake sandwich and surprisingly good IPA at Dockside in Beaufort

The two-hour fifteen-minute ferry ride across Pamlico Sound doesn’t get any faster or more interesting no matter how many times you make the trip. The southern end of the East Coast’s largest “lagoon” offers little other than an occasional pound net fence (used to corral fish into a trap), or an abandoned duck blind to catch your eye. Watching seagulls hovering over the engine swash soon loses its appeal and I opt for a nap in my truck. The Sound Class ferry’s rhythmic rise and fall lulls me quickly to sleep. Two hours pass like two minutes and just as I haul in a trophy red drum in the surf, a blast from the helm breaks my REM sleep.

As we approach land, the small fishing village slowly rises out of the blue-gray union of sea and sky. I join Marylanders and Minnesotans and Michiganites on the bow rail for the final approach to Ocracoke Island, the Outer Banks’ southern jewel. The old Anchorage Inn, dockside restaurants, and iconic lighthouse are visible though most other buildings lie tucked beneath groves of Juniperus virginiana, eastern red cedars.
The intercom screeches with the captain’s “down east” brogue as he welcomes us to the northern port and asks for our patience as we depart the ferry.

Last on. Last off. Five more minutes feel like a prison sentence as I wait on forty-nine cars that rightfully earned their position. The convoy crawls through town taking lefts and rights as drivers claim their vacation rentals for the week to come. Not me. My destination is Tradewinds Bait & Tackle where fresh mullet and fishing news await. Then it’s back north on Highway 12 as the ocean and sound squeeze the island into just a few hundred yards wide.

I pull over at Off Road Vehicle Ramp 57, drain some air from my tires, then shift my Tahoe into four-wheel drive. Finding a good set of ruts, I cross the dunes edging the Atlantic and begin the best ride on the planet. Something about four wheeling on the Outer Banks makes me feel alive: windows rolled down, breathing salt air unsullied by the world to the west, feeling soft sand slide under my tires, and smelling this sun-baked strip of barrier habitat. I’m both captured and freed.

A half-mile or so later I found a nice piece of water and set up for a little surf fishing. I have until 9:00 p.m. to check into Blackbeard’s Lodge, just enough time for some surfcasting before grabbing a bite to eat. I fished until dusk and caught a couple nice whiting and a five-pound black drum for the cooler. Tomorrow I’ll scout some more and get serious. I stow away my rods and tackle, knock sand off my shoes, and retrace my ruts to the blacktop of Highway 12. One more stop before calling it a night.
William Howard was Quartermaster for Captain Edward Teach. After serving “Blackbeard” for a few years in the early 1700’s, Howard remarkably avoided execution after twice being convicted of “crimes on the high seas”. In 1759 William Howard purchased “Ye Island Ocreecock” and was the progenitor of the small island’s early inhabitants. He is believed to be one in the same as Blackbeard’s senior officer, living out the last of his supposed 108 years on the island, thanks to the pardon of King George. More than a quarter of a century later, Ocracoke retains a charm and mystique unmatched by the string of barrier islands along the Carolina Coast.

Today, just outside of town, you’ll find the namesake, Howards Pub. The cedar shake landmark’s been a favorite of locals and tourists since the early 80’s and the preferred watering hole on my annual pilgrimage.

Nearly six hours removed from a crab cake in Beaufort, I was ready for the next installment of my three-day, all-seafood regime. I bellied up to the bar to begin phase two. I rechecked sunrise and high tide on my weather app, then powered down my iPhone for the first time in weeks. Torn between fried oysters and a dozen on the half-shell, I opted for both. The bartender didn’t blink, reassuring me that I wasn’t the first to pair the two plates.
“How ‘bout a local IPA to wash ’em down?”
“Thanks brother, maybe tomorrow. But how ’bout shake me up an Ocracoma?”

“Aye aye, Cap’n, catch anything today?”
“A couple. Nothing to brag about but going to try the point tomorrow for the big bull reds. Any advice?”
“Yep, bring plenty of bug spray. Green heads will eat you alive when the wind lays down.”
I slurped the first few crassostrea virginicas without wasting a drop of salty brine, then downed half the basket of perfectly fried selects with my eyes closed.
After a long sip of the bright yellow concoction, I climbed the steps to the sky deck, Ocracoma in hand, to take in the island panorama. The evening sunset’s last colors painted Silver Lake Harbor and the cool ocean breeze carried the intoxicating smell of salt air and cedars. As darkness claimed the island, I was calmed for the first time in months.
I returned to the bar and made quick work of the remaining dozen or so bivalves along with the last of my favorite coastal cocktail. Now time to head to the lodge, tie some rigs for tomorrow and fall deeply asleep to the pulse of the sea.

Combine all ingredients into a cocktail shaker. Add crushed ice and shake well.
Pour into your favorite cocktail glass and enjoy while staring at the water.